International Day of Solidarity with the Palestinian People

Embassy of Palestine, Tripoli, Libya
Every year on November 29, approximately a quarter million Palestinian refugees who were forced into Lebanon, along with those in more than 130 countries where they have sought refuge following their ethnic cleansing from their land, commemorate the infamous United Nations Resolution 181.

Between Nov. 29, 1947, and Jan. 1, 1949, Zionist terrorists depopulated and destroyed more than 530 Palestinian villages and towns, killing more than 13,000 Palestinians and expelling 750,000,  approximately half the population.

UN General Assembly resolution 181, adopted on November 29, 1947, purported to divide Palestine between the indigenous inhabitants and European colonists who arrived seeking to occupy and exploit Palestine and create an exclusive Jewish homeland.

Continues >>
Posted by Nasir Khan at 9:42 pm No comments:

Should we allow Nato free rein to attack and kill people? 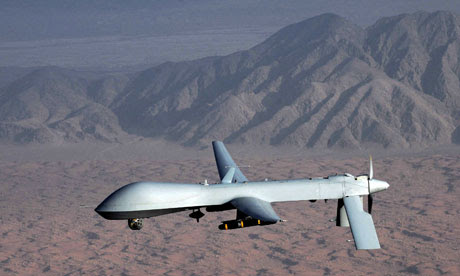 An unmanned Predator drone of the type operating along the Afhanistan-Pakistan border. Photograph: Sipa Press/Rex
Why did Nato forces kill two dozen Pakistani soldiers at a border post in the Mohmand region, some 300 yards across the frontier from Afghanistan early on Saturday morning? The US military claims the attack was in response to hostile fire, and the Pakistanis are demanding proof of that.

There is a very simple explanation of what happened: the US military makes deadly mistakes all the time, and for all its technological wizardry and tremendous firepower, it has very little intelligence on the ground.

Posted by Nasir Khan at 9:40 pm No comments:

Seymour Hersh: Propaganda Used Ahead of Iraq War Is Now Being Reused Over Iran’s Nuke Program

Photo Credit: Democracy Now!
While the United States, Britain and Canada are planning to announce a coordinated set of sanctions against Iran’s oil and petrochemical industry today, longtime investigative journalist Seymour Hersh questions the growing consensus on Iran’s alleged nuclear weapons program. International pressure has been mounting on Iran since the U.N. International Atomic Energy Agency revealed in a report the “possible military dimensions” to Iran’s nuclear activities, citing “credible” evidence that “indicates that Iran has carried out activities relevant to the development of a nuclear explosive device.” In his latest article for The New Yorker blog, titled “Iran and the IAEA,” Hersh argues the recent report is a “political document,” not a scientific study. “They [JSOC] found nothing. Nothing. No evidence of any weaponization,” Hersh says. “In other words, no evidence of a facility to build the bomb. They have facilities to enrich, but not separate facilities to build the bomb. This is simply a fact.”

Continues >>
Posted by Nasir Khan at 9:40 pm No comments:

Continues >>
Posted by Nasir Khan at 9:11 pm No comments:

Several testimonies reported the practice of sexual torture used on male detainees. Men were routinely made to undress and remain naked. Several former detainees testified reported beatings of genitals, forced oral sex, electroshocks and cigarette burns to the anus in detention facilities, including those of the Air Force Intelligence in Damascus, the Military Intelligence in Jisr Al Shughour, the Military Intelligence and the Political Security in Idlib and Al Ladhiqiyah and the intelligence detention facilities in Tartus. Several of the detainees were repeatedly threatened that they would be raped in front of their family and that their wives and daughters would also be raped . Testimonies were received from several men who stated they had been anally raped with batons and that they had witnessed the rape of boys. One man stated that he witnessed a 15-year-old boy being raped in front of his father. A 40-year-old man saw the rape of an 11-year-old boy by three security services officers… Reliable sources indicated that 256 children had been killed by State forces as at 9 November. The commission spoke with several children who had witnessed the killing of adults and of other children, and also met a 2-year-old girl whose mother was killed by the Syrian military in August while trying to cross the border. The commission saw several children whose mental health was seriously affected by their traumatic experience…
Continues >>
Posted by Nasir Khan at 9:08 pm No comments:

Having relatives in the West Bank is a problem. So is a school in the South Hebron Hills. The list of prohibitions is endless.
By Amira Hass, Haaretz, Nov 29, 2011


They passed by us proudly in their shiny shields and glittering wheels, these pot-bellied, gas-guzzling SUVs and a few jeeps with more modest engine sizes. They were returning from their operation’s destination. It was Thursday, November 24, 2011. We didn’t manage to see them in action, but we knew they were returning from routine demolition activity that doesn’t get reported in our parts and understood as yet another detail in the ever-expanding historical reckoning this land’s residents have with its masters.

The banal key words: Area C (South Hebron Hills), Civil Administration, military, Border Police, police, two bulldozers. Demolition orders for ICs (illegal construction), trampled tents, tiny concrete structures in pieces. An adjacent water tanker, because hooking up to the water grid is against the law. And nearby, the glittering rooftops, set amid greenery, of the Jews’ houses at the settlement Susya. And the little pool for taking a dip that the occupants of Mitzpeh Avigail fill with water from the adjacent spring.

Continues >>
Posted by Nasir Khan at 8:52 pm No comments:

This week, the media, all of it, traced stories about Iran’s nuclear weapons program to its real source.

The IAEA, which has been unable to locate the vast Dimona nuclear facility in Israel or even begin to ask questions about Israel’s illegal nuclear arsenal, has put together a “rigged” report built of rumors and spin.

The IAEA (International Atomic Energy Agency), a “quasi-official” group is, in fact, an Israeli intelligence organization, long infiltrated, long engulfed, long ago a force for propaganda and, primarily, an organization tasked with helping Israel “hide” its nuclear arsenal “in plain sight” while fabricating evidence.


To make it more plain, the IAEA is, in fact, a clandestine intelligence organization tasked by Israel to bring about a conflict between the United States and certain European powers and Iran.

It is a conflict that may eventually involve Russia, China, a conflict that is intended to manipulate fuel markets, crash currencies, sell arms and do everything but make the world more secure.

Were the IAEA to put out a report based on known falsehoods and spin under such circumstances, and we believe this fact to be easily supportable, members of the IAEA would be war criminals and should be considered combatants were any conflict to be entered upon based on their transgressions.

Continues >>
Posted by Nasir Khan at 8:51 pm No comments:

Lots of explosions big and small today in different parts of the region.  In Isfahan, there was a major blast at a facility that stores uranium gas which centrifuges use in the enrichment process for Iran’s nuclear program.  Damage to this plant could cause heavy delays in its ability to further refine the nuclear fuel necessary to produce a nuclear weapon (if it isproducing one).

Continues >>
Posted by Nasir Khan at 8:49 pm No comments:

Noam Chomsky: The US Game Plan For Egypt and The Arab World

Pakistan: US Attack on Base Lasted ‘Almost Two Hours’ as Calls to Stop Were Ignored

by Jason Ditz, Antiwar.com, November 28, 2011
| Print This | Share This | Antiwar Forum
Questions continue to grow over the Friday night US attack on a Pakistani military base today, with new reports coming out of Pakistan saying that the air attacks against the base lasted for almost two hours. 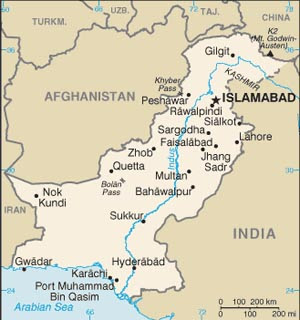 The Army statement says that the base repeatedly broadcast calls for a ceasefire over the course of the two hours and that those calls were repeatedly ignored, with the attack, carried out by warplanes and helicopters, killing 24 soldiers.

AHRC, November 28, 2011
Share |
11 year old Irum Naz was married with 61 year old man and she curses her parents day and night for putting their own daughter to misery

Throughout the world, marriage is regarded as a moment of celebration and a milestone in adult life. Sadly, as this article makes clear, the practice of early marriage gives no such cause for celebration.

While much of the impact remains hidden, it is absolutely clear that millions of under-age children – particularly girls – suffer negative consequences.

Early marriage takes many different forms and has various causes, one issue is paramount. Whether it happens to a girl or a boy, early marriage is a violation of Human Rights. The right to free and full consent to a marriage is recognized in the 1948 Universal Declaration of Human Rights (UDHR) and in many subsequent human rights instruments – consent that cannot be ‘free and full’ when at least one partner is very immature.

How NATO copes with protection of Afghan civilians

Late on Wednesday, seven civilians, including six children, were killed in a Nato air strike in Kandahar province in southern Afghanistan, the BBC reported.

Afghan President Hamid Karzai strongly condemned the bombing. The Nato-led International Security Assistance Force (Isaf) said it has begun a high level inquiry into the “unfortunate incident” and would also undertake a join assessment with Afghan authorities. Isaf commander Gen John Allen said: “Protecting the Afghan civilian population is central to our mission here in Afghanistan and we will investigate this situation fully to determine exactly what took place and whether any further actions need to be taken.”

First civilian casualties were reported in Afghanistan before the US and NATO-led invasion into the country in 2001, and the situation has not changed for the better since then. In 2011 the death toll among civilians has risen by 15% on the year, and in Jan-Jun was reported at 1462. These are “unfortunate incidents”, indeed.

Israel: Profile of a Rogue State

Daily examples offer proof, including from Ahmed el-Helah and Mariam Itani’s new book titled, “The Suffering of the Palestinian Child under the Israeli Occupation,” saying:
Over a million Palestinian children “live and suffer every moment of their lives under the painful reality of occupation.”

Growing numbers are killed, injured, maimed, handicapped, arrested, imprisoned, and tortured. Most are impoverished and many hungry.

“What about those who have lost their parents, friends, brothers and sisters due to” continuous Israeli oppression?

“What about the children who live in fear and who suffer distress or cannot sleep, who feel unprotected in the face of a ruthless and arrogant Israeli occupation?”

7th Anniversary of the War Crimes at Fallujah

The tribunal found that the two had planned, prepared and invaded the state of Iraq on March 19, 2003, in violation of the United Nations Charter and international law.

“The Tribunal deliberated over the case and decided unanimously that the first accused George Bush and second accused Blair have been found guilty of crimes against peace,” the tribunal said in a statement.

“Unlawful use of force threatens the world to return to a state of lawlessness. The acts of the accused were unlawful.”

Continues >>
Posted by Nasir Khan at 6:54 pm No comments: