Few, if anybody, today argue this so forcefully as Mahathir Mohammad, Malaysia’s fourth prime minister, for 22 years.  He compares what we do when one person kills another to all we do not do when millions kill millions in aggressive wars.  We have clear laws, we apprehend the suspect, weigh the evidence for or against in court, and, if found guilty, the murderer is punished.  There may even be a system of compensation for the bereaved.

But in wars among states the murderers get medals and honors, and if victorious relish a post-glory exuberance disorder, nourishing a new aggression.  And the bereaved are left with their grief and a post trauma stress disorder, nourishing the idea of revenge.  Madness, irrationality, a social evil of top rank, to be abolished. As Mahathir says: “Peace for us simply means the absence of war.  We must never be deflected from this simple objective”.  An important reminder for all who broaden the concepts of violence and peace: remember the essence!

Continues >>
Posted by Nasir Khan at 5:20 pm No comments:


In memoriam of a great free thinker, Giordano Bruno, burned at the stake in Rome 414 years ago on 17 February 1600. Bruno was a proponent of the Copernican ‘heliocentric’ model of the solar system in which the earth and other planets orbit the sun (whereas it was wrongly believed by the Church and other authorities of the time that the sun and the planets orbit the earth). In his courageous advocacy of the heliocentric model, as in many other things, Bruno was correct and he was killed, quite simply, for speaking this truth aloud and refusing to be silenced by the voices of orthodoxy. His life, and his death, should serve as reminders to us that those who think outside the box, though no longer burnt at the stake, face great risks, persecution and vilification even today and often pay a heavy price for speaking their truth. Yet ultimately, in the longer picture of centuries and millennia we can see that it is precisely those outside-the-box thinkers who allow human society and human knowledge to advance for the benefit of us all.

Continues >>
Posted by Nasir Khan at 3:28 pm No comments: 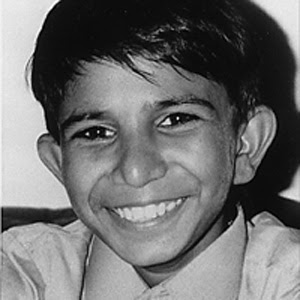 Iqbal was born in 1983 in Arshad, a very small, rural village outside of Lahore in Pakistan. He was sold into bondage by his family to pay for his brother’s wedding as they had borrowed 600 rupees from a local employer who owned a carpet weaving business, and in return, Iqbal was required to work as a carpet weaver until the debt was paid off. Every day, he would rise before dawn and make his way along dark country roads to the factory, where he and most of the other children were tightly bound with chains to prevent escape. He would work 14 hours a day, seven days a week, with only a 30-minute break. Iqbal stood less than 4 feet tall and weighed only 60 pounds.

At the age of 10, Iqbal escaped for a second time and later joined the Bonded Labour Liberation Front (BLLF) of Pakistan to help stop child labour around the world. Iqbal helped over 3,000 Pakistani children that were in bonded labour escape to freedom, and he made speeches about child labour throughout the world.

He was threatened for his activism and killed at the age of 13.

Numerous charities, schools and organizations in Pakistan and around the world have been established in his name and against child labour and bondage.

Posted by Nasir Khan at 1:15 pm No comments:

Why you’re wrong about communism: 7 huge misconceptions about it (and capitalism)

Most of what Americans think they know about capitalism and communism is total nonsense. Here’s a clearer picture 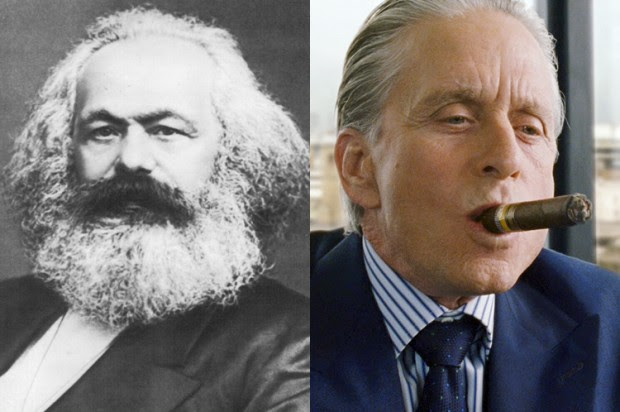 Karl Marx, Gordon Gecko
As the commentary around the recent deaths of Nelson Mandela, Amiri Baraka and Pete Seeger made abundantly clear, most of what Americans think they know about capitalism and communism is arrant nonsense. This is not surprising, given our country’s history of Red Scares designed to impress that anti-capitalism is tantamount to treason. In 2014, though, we are too far removed from the Cold War-era threat of thermonuclear annihilation to continue without taking stock of the hype we’ve been made, despite Harry Allen’s famous injunction, to believe. So, here are seven bogus claims people make about communism and capitalism.

Obviously, no private equity baron worth his weight in leveraged buyouts will ever part willingly with his fortune, and any attempt to achieve economic justice (like taxation) will encounter stiff opposition from the ownership class. But state violence (like taxation) is inherent in every set of property rights a government can conceivably adopt – including those that allowed the aforementioned hypothetical baron to amass said fortune.

In capitalism, competing ownership claims are settled by the state’s willingness to use violence to exclude all but one claimant. If I lay claim to one of David Koch’s mansions, libertarian that he is, he’s going to rely on big government and its guns to set me right. He owns that mansion because the state says he does and threatens to imprison anyone who disagrees. Where there isn’t a state, whoever has the most violent power determines who gets the stuff, be that a warlord, a knight, the mafia or a gang of cowboys in the Wild West. Either by vigilantes or the state, property rights rely on violence.

Continues >>
Posted by Nasir Khan at 6:51 pm No comments:

Avi Shlaim: The perils and pitfalls of patriotic history

Michael Gove’s perspective on the First World War is a classic example of a narrow, nationalistic, blinkered version of history. In an article in the Daily Mail, on 2 January 2014, the education secretary used the centenary of the Great War to declare war on “left-wing academics” whom he accused of peddling unpatriotic myths about Britain’s role in the conflict.

For Gove this was a plainly just war, a patriotic war in defence of the homeland and freedom, a war forced on Britain by imperial Germany’s “aggressively expansionist war aims”. British soldiers, according to Gove, went to war in 1914 to defend “the western liberal order”. Gove also argued that dramas such as Oh What a Lovely War and satires such as Blackadder enable left-wing myths to take hold, leading some people to denigrate the “patriotism, honour and courage” of those who fought and died for their country. Gove’s article provoked a barrage of angry responses, including one from Baldrick, Blackadder’s wily sidekick.

One of the fiercest counter-attacks on the education secretary came from the left-wing journalist Seamus Milne in an article entitled “An imperial bloodbath that’s a warning, not a noble cause” (The Guardian, 9 January). Milne dismissed Gove’s claims about the war and its critics as “preposterous nonsense”. For Milne the 1914-18 bloodbath was not just a war: “It was a savage industrial slaughter perpetrated by a gang of predatory imperial powers, locked in a deadly struggle to capture and carve up territories, markets and resources”.

Law would ban relatives of the accused from testifying against them

A new law in Afghanistan could allow men to abuse their wives, children and sisters and not face criminal prosecution by banning the relatives of an accused person from testifying against them.


If passed, the bill would make it much more difficult for victims to bring cases of abuse to court which often happen as they most often occur within the confines of the family home, The Guardian has reported.

The small change to a section of the criminal code Prohibition of Questioning an Individual as a Witness would also prevent doctors, children and defence lawyers from testifying in a case.

The bill has been passed by both houses of Parliament but is awaiting the signature of the conservative President Hamid Karzai, who by choosing to sign it will bring it into force. Campaigners are now calling on Karzai to refuse to sign the bill they assert will weaken “already inadequate” legal protections for women.

“President Karzai should reject a law that will effectively let batterers of women and girls off the hook,” Brad Adams, the Asia director of Human Rights Watch said in a statement.

Continues >>
Posted by Nasir Khan at 9:54 pm No comments:

Pravda<,
Pages: 1 2
Who put an end to World War Two and who defeated Hitler? These questions seem extremely strange, to say the least, to all Russians. Fascism was obviously defeated by the troops of the anti-Hitler coalition, in which the Red Army and the USSR played the most important role.

The USSR caused much bigger damage to Nazi troops. The losses, which the Soviet Union suffered in the war, were incomparable to those of Western allies. Nevertheless, the West seems to stick to another opinion. Western historians and ideologists make many people in the West believe that it is the USA and England that liberated the world from fascism. This point of view can be found in many text books, newspapers, magazines, research works and films.

Historical facts are often taken to absurdity. The Battle of El-Alamein, on the border between Libya and Egypt, which is evidently very far from the European scene of operations, was an event, in which tens of thousands of people fought on every side. However, western historians compare this battle to the Battle of Stalingrad, which was a clash between millions. The landing of allied troops in Normandy in 1994 is compared to all operations of the Red Army in the Eastern Front.