The Iraq war – the eleventh anniversary is ignored

In the following  article Rupen Savoulian has highlighted some basic facts about the US war of aggression that went beyond the imperial ambitions to occupy and control Iraq because its ruler had refused to bend to the diktat of Washington and Tel Aviv; in reality it became a war of genocide in which at least a million Iraqis perished, millions were made homeless and millions were made orphans and widows. The invaders destroyed the social and economic structure of the country. The economic destruction of this rich country where the agricultural productivity fell by 90 percent shows the level of economic mayhem and dislocation. To secure their interests, the invaders installed the Maliki regime that facilitated the systematic destabilisation and profiteering as planned by the imperial hegemon.


The writer has underlined the importance of remembering the date of the invasion of Iraq adequately well. But it doesn’t come as a surprise to me that the event this year has largely been ignored by the MSM as if the American military and mercenary hordes went to Iraq in 2003 to do good Samaritans’ job and having done so they had to move on to new fronts and frontiers to do what they can! Such an apathetic negligence of the media is also instrumental in misleading the vast majority of the population of America while the European allies and sympathisers follow them in their reporting that indirectly helps to justify war crimes, war criminals and violations of international and humanitarian laws and norms in this age. Luckily, antiwar organisations and reporters have not been duped by the imperialist propaganda; they have tried to show what this war was about and what sort of lies and falsifications have been woven around the 2003 invasion and the subsequent events.

The present-day daily sectarian violence that is taking the lives of hundreds of people is a direct result of American war. The Sunni-Shia sectarianism has a long history stretching back to some fourteen centuries. But there were no sectarian killings in Iraq on a genocidal scale that have been set in motion by the American policies and the present Iraqi administration of Maliki.

The writer has given much relevant information in this article and suggested what the enlightened and anti-war organisations should demand to hold the war criminals accountable for their enormous war crimes and crimes against humanity.

The Iraq war – the eleventh anniversary is ignored

Historical anniversaries are important events to commemorate; they allow us to evaluate the importance of the event and understand its impact upon contemporary life. Celebrating particular war…
rupensavoulian.wordpress.com
Posted by Nasir Khan at 10:41 pm No comments:

The Misuse and Exploitation of Institutionalised Religion

There are many people who are sincere in their view of the positive role of religion. However, in my view, religion is also a more complex and multi-faceted phenomenon. Along-with its positive sides are many other aspects that are nefarious that have been instrumental in downgrading human beings. These negative sides become apparent with the institutionalising of religion that has been the norm in human history.  This way, the religion becomes a power factor in society and those holding power use it to further their ends that basically have little to do with the positive aspects of religion.

In the hands of the ruling strata of society religions have been a big asset. With the help of  clergy the rulers have imposed their will on the people as they chose. This has been the general norm in most of the civilisations of the world. If we see the role of religion in the present-day Muslim world then we are face to face with the stark reality of the misuse of a major religion, Islam. The destructive forces which claim to represent 'pure' Islam have been playing havoc with the people in the Middle East, Pakistan and Afghanistan. Here religion instead of  playing an enlightening and sober part has been turned into a destructive tool of ignorance, violence and anti-civilisation. As a result, ordinary people suffer. Unluckily, the vicious circle of indoctrinated ignorance and violence will continue.
Posted by Nasir Khan at 3:28 pm No comments:

The U.S. government insists that it abides by principles of international law, democracy and respect for national sovereignty, but its actions often belie its words, with the U.S. support for Saudi Arabia’s monarchy a stark example of the hypocrisy, writes Lawrence Davidson.

Saudi Arabia is one of a handful of Middle East anachronisms: a family-based monarchy that believes it sits at the right hand of God. The Saud clan that rules in Saudi Arabia is both insular and fanatic. It is devoted to the Wahhabi sect of Sunni Islam, perhaps the most strict and intolerant manifestation of the religion.

Except for the religious details, there is really not much difference between the respective outlooks of a Wahhabi true believer, a hard-core Christian fundamentalist, and the Jewish extremists in Israel. 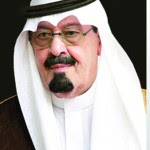 Posted by Nasir Khan at 6:25 pm No comments:

A reporter raises his hand to ask a question as US Army Gen. Ray Odierno, Commander of US Forces-Iraq, delivers an operational update on the state of affairs in Iraq during a press briefing at the Pentagon, June 4, 2010. (Photo: DOD photo by Cherie Cullen / Flickr) On the 11th anniversary of the war in Iraq, the US mainstream media’s decontextualized rendering of violence in Iraq fails to explain political divisions and struggles in Iraq or how this violence is a direct consequence of the US invasion and occupation.

A quick and dirty way to begin conveying what happened to US coverage of Iraq after US forces withdrew is through gross numbers. A Lexis-Nexis search of New York Times coverage in one-year slices (March to March) showed 1,848 articles concerning Iraq in 2006-07 and 1,350 in 2007-08. Once the drawdown of US troops began, New York Times coverage of the conflict plummeted to 359 in 2010-11 and continued to fall thereafter – although the political crisis within the country, and its attendant violence, ground on and on. This suggests that “the story” had always been about the American errand in Iraq, not Iraq itself, and certainly not the swathe of human misery and destruction US intervention left in its wake. When American troops left, they took the media’s story with them in their baggage.

The basic point is that Pakistan will not get that commodity called “peace” in Kashmir, Afghanistan and Central Asia by pursuing the ends and means of Washington and some local elites only.  For peace to blossom the goals of other parties also have to be considered; and they are many.  The logic of the political games pursued today presupposes some kind of victory or domination of “our side”: neither feasible nor desirable for peace.  Hence, the need for some visions for peace politics is Kashmir, Afghanistan and Central Asia for tomorrow or the day after, with the hope that they can be useful when you have come to the end of the road with current policies. Nothing of this is easy; and without visions even impossible.

The fairly detailed, non-dogmatic vision appended was my acceptance speech of the 2011 Abdul Ghaffar Khan International Peace-Builder Award by the Pakistan-American Muslim Association.

However, why do present policies so often seem to be non-starters?

The British empire drew three lines with disastrous effects for Pakistan: the Durand line in 1893, a 1,600-mile wound defining the border with Afghanistan, dividing the Pashtun nation–the biggest nation in the world without a state–into two parts; the McMahon line of 1914 defining the border with China in ways unacceptable to the Chinese; and the Mountbatten line of 1947 leading to the catastrophic violence of the partition.  These lines have to be negated, liberating Pakistan from that past.  Thus, there is no natural law saying that Punjab cannot be an entity with an open border and free traffic of people and ideas, goods and services, even if the two parts belong to separate countries.  Lahore and Amritsar are two sides of the same coin, like the two parts of the Pashtun nation and the parts of Kashmir.  Let the twain (or more) meet, e.g. as envisioned below.