Why are the Palestinians denied the right to independence?


--- Nasir Khan
It is common for us to hear that Israel has a right to exist. For instance, when Israel invaded the Gaza enclave in 2014, it killed hundreds of Palestinians of Gaza, systematically destroyed the public buildings of a besieged people, then we heard the American rulers saying: Israel has a right to exist and it is only protecting itself!
When the people of Gaza demand to return to their homeland from where they were evicted by the newly-established state of Israel in 1948, Israeli forces shoot to kill and maim the unarmed protesting Palestinians of Gaza. The United States, Britain, Germany and France, etc. etc. remain lips tied. If anyone brings the matter of Israeli crimes before the United Nations, nothing happens, because the United States vetoes and neutralizes any action the United Nations may have envisaged to condemn Israel or seek any solution. That means Israel is free to carry on its inhuman policies against the Palestinians.
Israel has been ethnically cleansing the land it occupied in 1948, and it is still busy in pursuing its goals.
If Israel as a state has a right to exist and commit so heinous crimes against a captive population whose land the Zionists took over by methods of militant terrorism, then we also ask what should the people of Palestine do under such atrocious policies of a colonial state?
Don't the people of Palestine have a right to exist as free human beings without the Zionist yoke around their necks?
In the following article, American journalist and writer Jeremy R. Hammond discusses why Israel has no right to exist and commit so dastardly crimes in the occupied Palestine.
-----------
https://www.foreignpolicyjournal.com/2019/03/15/why-israel-has-no-right-to-exist/


Why Israel Has No ‘Right to Exist’ 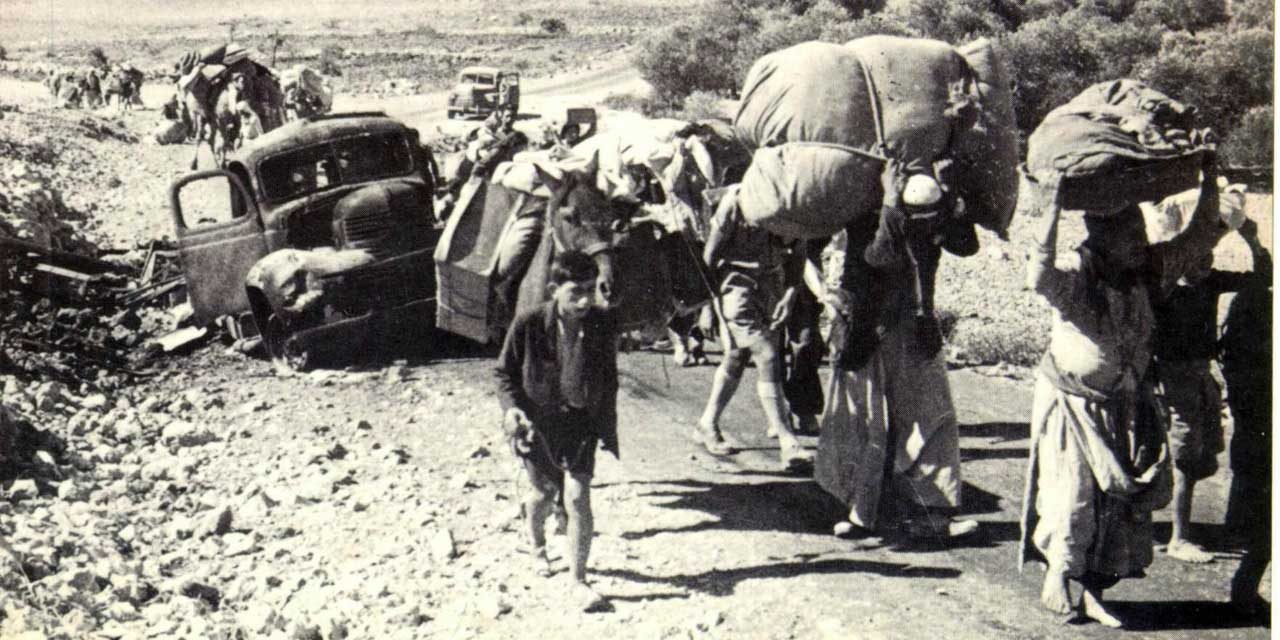 Palestinian refugees fleeing their homes in 1948, from the front cover of "The Birth of the Palestinian Refugee Problem" by Benny Morris (Public Domain)

Apologists for Israel’s crimes against the Palestinians claim the state has a “right to exist” in an effort to legitimize the ethnic cleansing of Palestine.


Zionists taking it upon themselves to try to defend Israel’s crimes against the Palestinian people frequently level the charge that its critics are attempting to “delegitimize” the self-described “Jewish state”. Israel, they counter, has a “right to exist”. But they are mistaken.

This is not to single out Israel. There is no such thing as a state’s “right to exist”, period. No such right is recognized under international law. Nor could there logically be any such right. The very concept is absurd. Individuals, not abstract political entities, have rights.

The right to self-determination, unlike the absurd concept of a state’s “right to exist”, is recognized under international law. It is a right that is explicitly guaranteed, for example, under the Charter of the United Nations, to which the state of Israel is party.

The proper framework for discussion therefore is the right to self-determination, and it is precisely to obfuscate this truth that the propaganda claim that Israel has a “right to exist” is frequently made. It is necessary for Israel’s apologists to so shift the framework for discussion because, in the framework of the right to self-determination, it is obviously Israel that rejects the rights of the Palestinians and not vice versa.

There is a popular belief that Israel was founded through some kind of legitimate political process. This is false. This myth is grounded in the idea that the famous “partition plan” resolution of the United Nations General Assembly—Resolution 181 of November 29, 1947—legally partitioned Palestine or otherwise conferred legal authority to the Zionist leadership for their unilateral declaration of Israel’s existence on May 14, 1948.

Indeed, in that very declaration, Israel’s founding document, the Zionist leadership relied on Resolution 181 for their claim of legal authority. The truth is, however, that Resolution 181 did no such thing. The General Assembly had no authority to partition Palestine against the will of the majority of its inhabitants. Nor did it claim to. On the contrary, the Assembly merely recommended the partition of Palestine into separate Jewish and Arab states, which would have to be agreed upon by both peoples to have any legal effect. The Assembly forwarded the matter to the Security Council, where the plan died with the explicit recognition that the UN had no authority to implement any such partition.

On the contrary, when they declared Israel’s existence, Jews owned less than 7 percent of the land in Palestine. Arabs owned more land than Jews in every single district of Palestine. Arabs also constituted a numerical majority in Palestine. Despite mass immigration, Jews remained a minority comprising about a third of the population.
Even within the territory proposed by the UN for the Jewish state, when the Bedouin population was counted, Arabs constituted a majority. Even within that territory, Arabs owned more land than Jews.
Simply stated, the Zionist leadership had no legitimate claim to sovereignty over the territory they ultimately acquired through war.

Notably, the acquisition of territory by war is prohibited under international law.
Far from being established through any kind of legitimate political process, Israel was established through violence. The Zionists acquired most of the territory for their state through the ethnic cleansing of most of the Arab population, more than 700,000 people, from their homes in Palestine. Hundreds of Arab villages were literally wiped off the map.

So when Zionists claim that Israel has a “right to exist”, what they are really saying is that the Zionists had a “right” to ethnically cleanse Palestine in order to establish their “Jewish state”.
Obviously, there is no such right. On the contrary, once again, under international law, ethnic cleansing is recognized as a crime against humanity.

Zionists charge that critics of Israel’s crimes against the Palestinians seek to “delegitimize” the “Jewish state”, but it matters that the unilateral declaration by the Zionists on May 14, 1948, had no legitimacy. It matters that the crime of ethnic cleansing cannot be justified or legitimized.
When this charge is leveled at Israel’s critics, what is really happening is that it is Israel’s apologists who are attempting to delegitimize the Palestinians’ right to self-determination, along with the internationally recognized right of refugees of war to return to their homeland.

Regardless of the illegitimacy of the means by which Israel was established, it exists. This is the present reality. However, the demand by the state of Israel that the Palestinians recognize its “right” not just to exist, but to exist “as a Jewish state” is simply a demand that the Palestinians surrender their rights and accede that the Zionists’ unilateral declaration and ethnic cleansing of Palestine were legitimate.

And that is why there has been no peace. There will be no peace until the rights of the Palestinians are recognized and respected. The problem for Zionists is that for the Palestinians to exercise their rights would mean the end of Israel’s existence as a “Jewish state”.

But what would be wrong with ending a fundamentally racist regime that perpetually violates international law and Palestinians’ human rights? What would be wrong with replacing it with a government that respects the equal rights of all the inhabitants of the territory over which it exercises political sovereignty and rules with the consent of the governed?

To anyone with any honesty and moral integrity, the clear answer to both questions is: nothing.
For all those who take an active role in pursing peace and justice, it is therefore to that end that we must focus our collective efforts. It starts with gaining a proper understanding of the true nature of the conflict and helping to open the eyes of all those who have integrity, but who have been deceived by the lies and propaganda that have perpetuated the violence and injustice for so long.

Order a signed copy of the author’s book Obstacle to Peace: The US Role in the Israeli-Palestinian Conflict exclusively from ObstacleToPeace.com.
Click here to learn more about the book and order your copy. 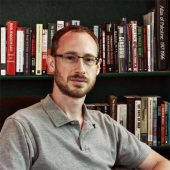 The government perpetually lies to the public about important issues. The mainstream media dutifully serve to manufacture consent for criminal policies. I free people's minds by exposing state propaganda intended to keep them in servitude to the politically and financially powerful. My writings empower readers with the knowledge to see through the deceptions and fight for a better future, for ourselves, our children, and future generations of humanity. I'm an independent political analyst, journalist, publisher and editor of Foreign Policy Journal, and author of several books. I'm also a writing coach who helps bloggers and journalists communicate their ideas more effectively to make a greater positive impact. Stay updated with my work by signing up for my free newsletter at JeremyRHammond.com. To learn more about my writing coaching program, click here.
Posted by Nasir Khan at 9:08 pm No comments: