Editor’s comment: Salman Taseer was the governor of the Punjab Province, Pakistan. He stood for justice, religious toleration and the protection of the rights of religious minorities. He voiced his opposition to the victimization of innocent Christians who were falsely accused of insulting Islam and the Qur’an by some goons and were tried under the Blasphemy Laws of Pakistan. The governor’s bodyguard, a religious fanatic, killed him. While thousands of people were appalled by this ghastly assassination of a noble person, hundreds of thousands of fanatic people and mullahs in Pakistan openly supported the murderer and held demonstrations in his favour. Such is the social and political reality of Pakistan where dogmatic indoctrination has paralysed people in the last few decades. Gone are the days of humane thinking and respect for other peoples’ differing views or outlook. 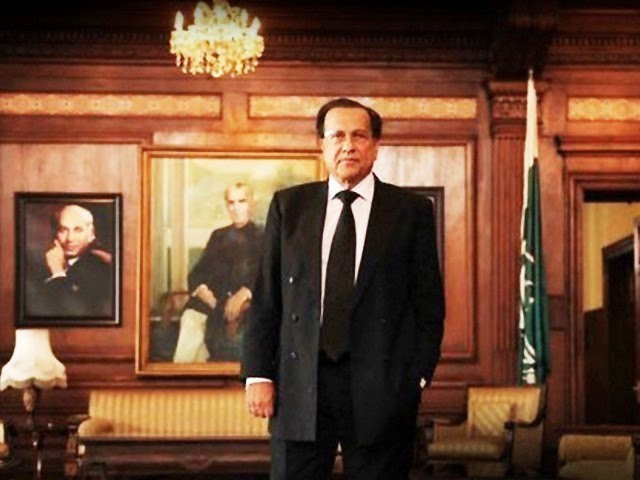 Salman Taseer was certainly not a leader of the masses. He didn’t have the charisma of Bhutto or the populist support of Benazir. He was, however, a man who believed in a liberal Pakistan. PHOTO: FILE

January 4 and 5 are two days that every PPP (Pakistan Peoples Party) supporter will remember, but for two very different reasons. January 5 is the birthday of their enigmatic party founder Zulfiqar Ali Bhutto. January 4, on the other hand, remains one of the darkest days in our history of political murders – a day that is, surprisingly, not spoken of enough.

January 4, 2011, was the day when the serving Governor of Punjab, Salman Taseer, was shot dead by his guard, because the guard was in disagreement with Taseer’s opposition to the blasphemy law. Salman Taseer’s assassin was a man called Malik Mumtaz Hussain Qadri, reportedly a member of Dawat-e-Islami.