Years have been wasted making concessions to their colonisers. Palestinians were right to call for a secular state at the outset
Sam Bahour, The Guardian, August 4, 2011 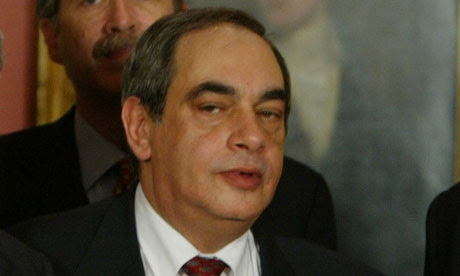 Former Palestinian diplomat Afif Safieh said the Palestinians became ‘unreasonably reasonable’ in the early 1970s. Photograph: Dan Chung for the Guardian
The Palestinian national liberation movement has reached its end. As the Palestinian leadership – if there is such a legitimate body today – prepares to bring the issue of statehood to the UN this September, the weeks and months ahead will witness the last desperate attempt to get the international community to assume their responsibilities and ensure that a Palestinian state becomes a reality in the occupied territories.

The reasons for the failure of the Palestinian national liberation movement are many. First and foremost, the shellshock that the creation of Israel caused among Palestinians in 1948 has never really gone away. Half of the Palestinian population at the time were displaced from their homes.