In his rage against Muslims, Norway’s killer was no loner

There is a continuum between the toxic bigotry of the mainstream media, EDL slogans and Breivik’s outpourings 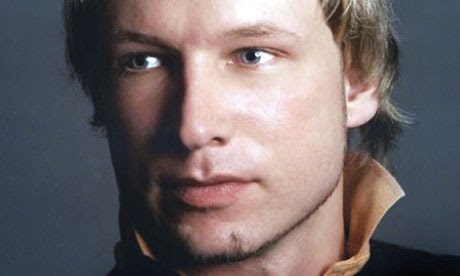 Anders Breivik quoted writers such as Bernard Lewis and Melanie Phillips. Photograph: Ho/AFP/Getty Images
It’s comforting, perhaps, to dismiss Anders Behring Breivik as nothing more than a psychotic loner. That was the view of the Conservative London mayor, Boris Johnson, among others. The Norwegian mass killer’s own lawyer has branded him “insane”. It has the advantage of meaning no wider conclusions need to be drawn about the social context of the atrocity.

Had he been a Muslim, as much of the western media concluded he was immediately after the terrorist bloodbath, we can be sure there would have been no such judgments – even though some jihadist attacks have undoubtedly been carried out by individuals operating alone.